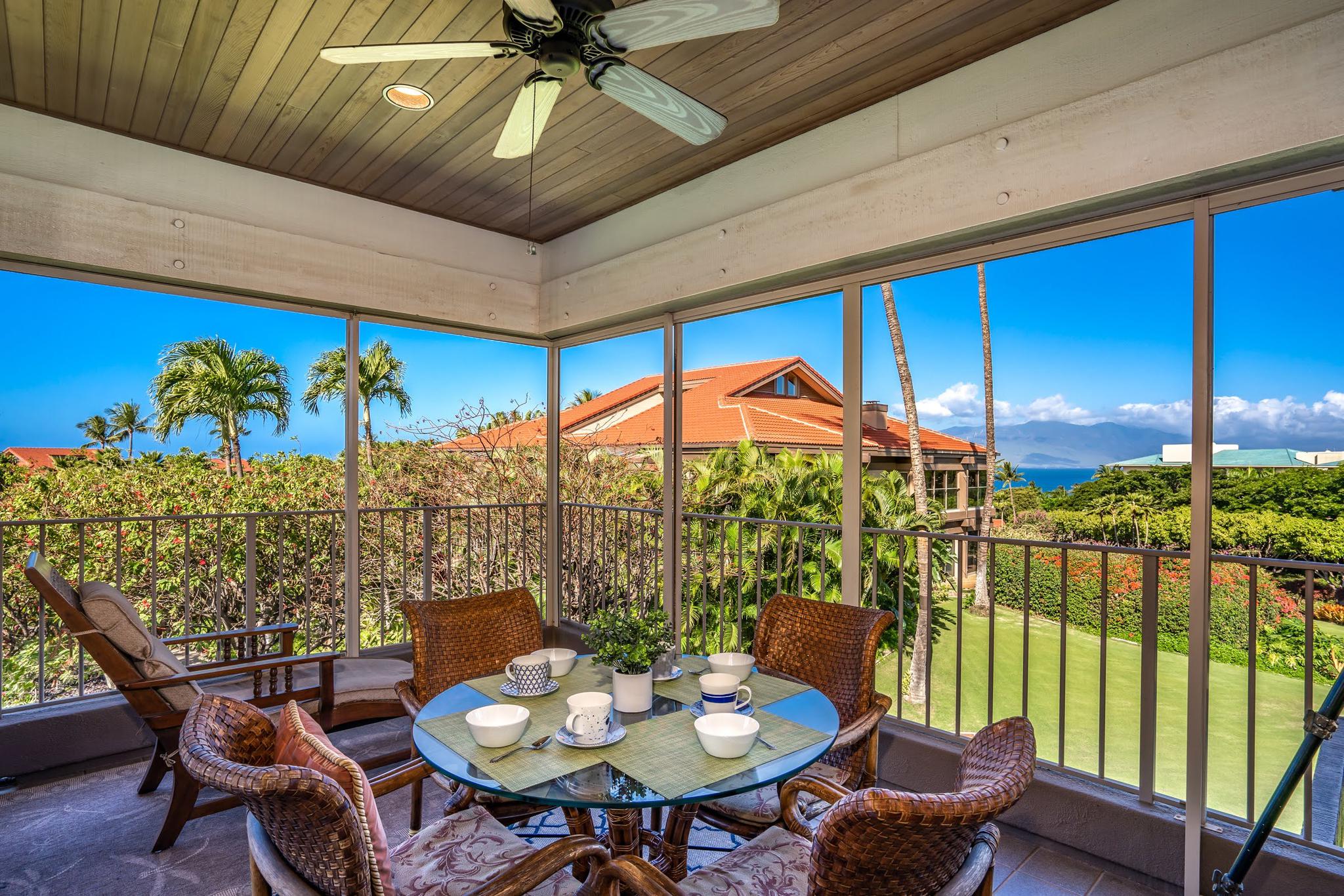 Spacious and bright 2 bedroom, 2 bathroom Villa on the second floor with ocean views and a bonus loft space.

Wailea Point is constantly revered as one of the finest luxury condominiums in the entire state of Hawaii. Developed in the early 1980's, this pristine vacation destination was completely built out in 1986. There are 130 beautifully designed luxury units offered in 34 two and three-story buildings that are situated on 28 acres of lush tropical landscaping. With only five units per acre, residents are able to experience true privacy. The large, manicured grounds are filled with mature palm trees and all kinds of colorful tropical foliage. This gated condominium community secludes itself right in between Wailea Beach and Polo Beach, letting residents escape to their own private getaway.

There are a large variety of floor plan designs at Wailea Point with two, three, or four bedrooms available. Every unit has its own private lanai that are up to 910 square feet. Two-bedroom units have either two or three bathrooms with a spacious interior ranging from 1,553 to 3,172 square feet. Three-bedroom floor plans have from two to three and a half bathrooms and have interiors ranging from 1,359 to 3,666 square feet. The four-bedroom luxury condominium has either four or six bathrooms and boasts an interior with 4,813 square feet. There is not one unit that is the same in terms of furnishing, which reflects on each of the owners’ personal taste. All units do come equipped with central air-conditioning, cable television, washer and dryer, free internet access, and a built in barbeque on the private lanai.

The many amenities at Wailea Point include gated entrances with 24 hour security, three heated swimming pools, a 25-meter lap pool, two large Jacuzzi spas, fitness center, tennis and paddle tennis courts, outdoor pavilions with complete kitchens, multiple barbeque areas, covered garage, and concierge service with discounted golf and tennis rates. A majority of the buildings at Wailea Point have breathtaking, unobstructed views all the way from Makena to the West Maui Mountains. Residents are able to enjoy spectacular sunsets as well as ocean vistas and views of neighboring islands. 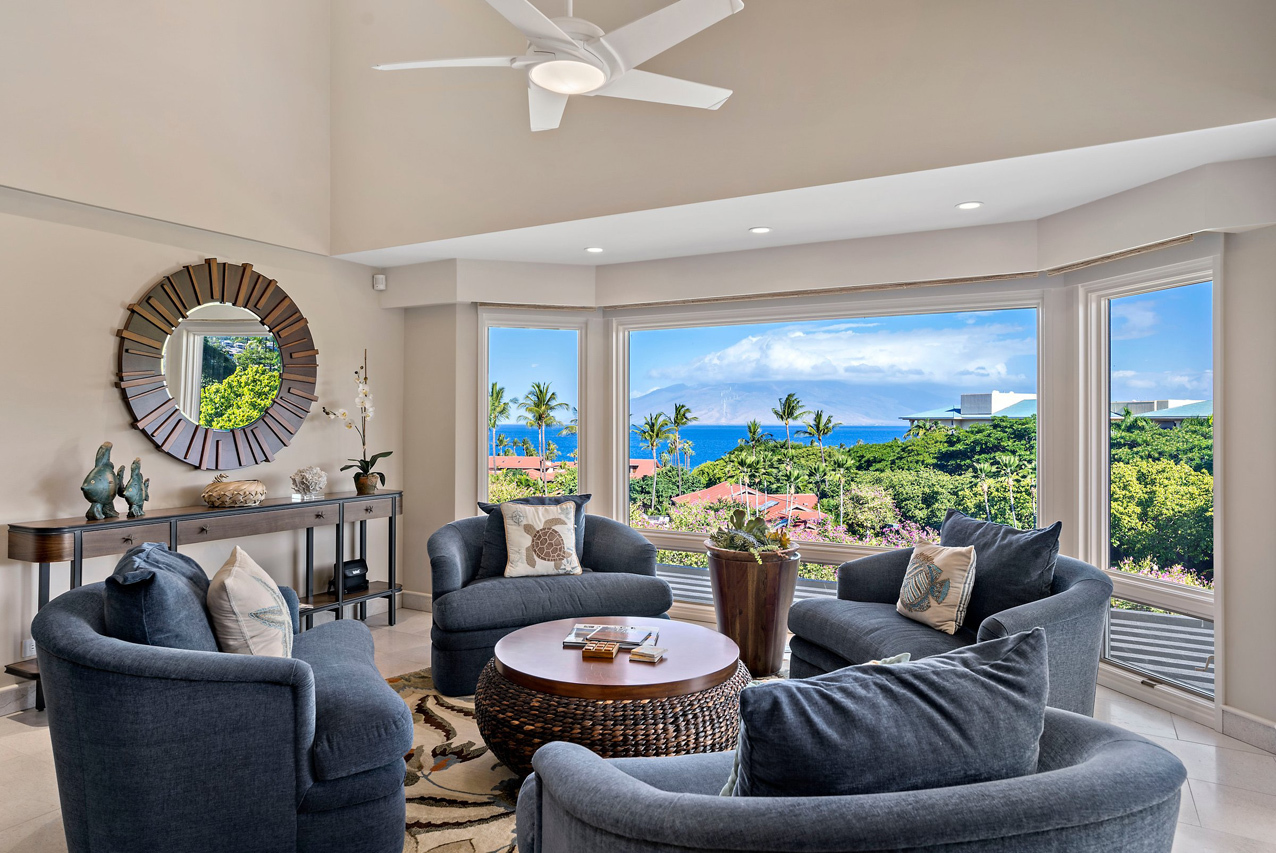 3 bedrooms, 3 bathrooms with 2,397 sqft of living area. This Wailea condo was listed by the Sayles Team. 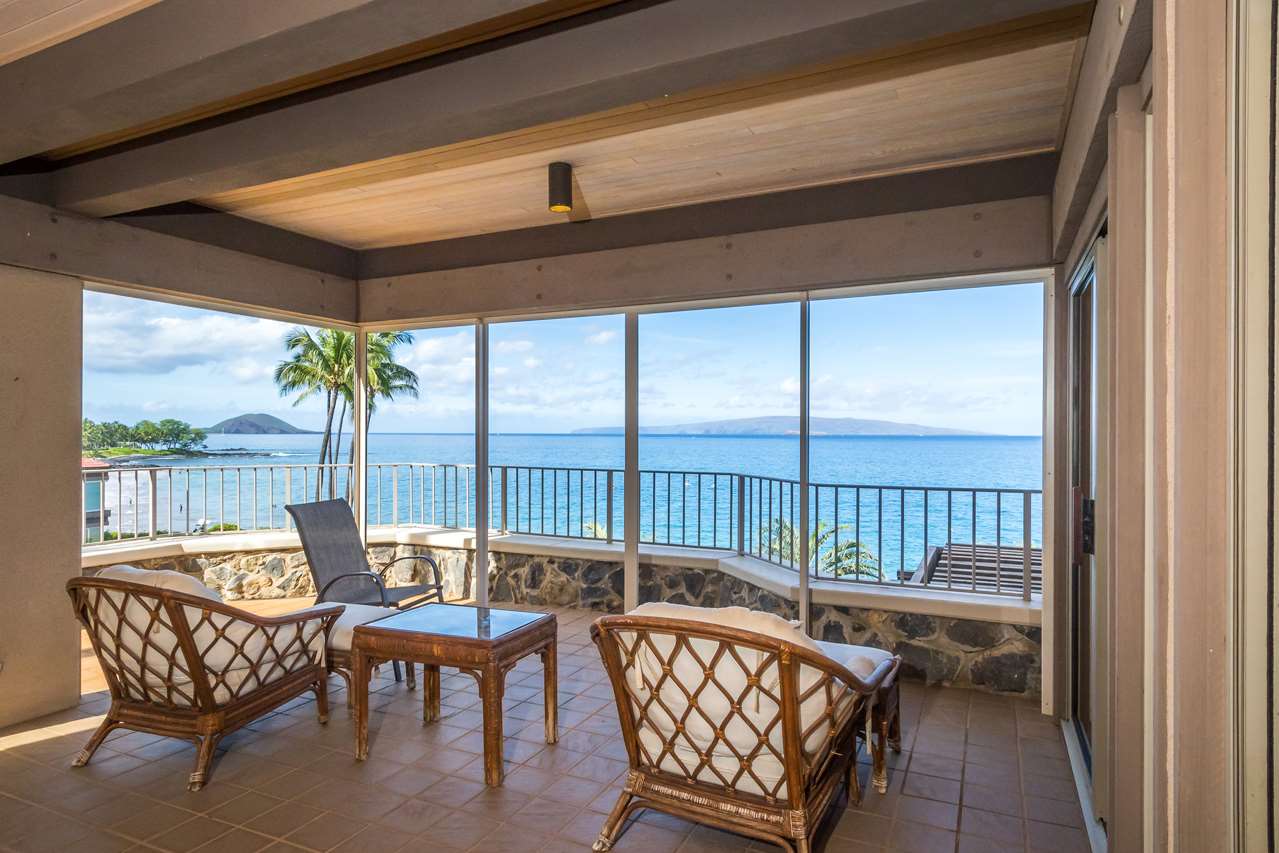 3 bedrooms, 3 bathrooms with 2,559 sqft of living area. This Wailea condo was listed by the Sayles Team. 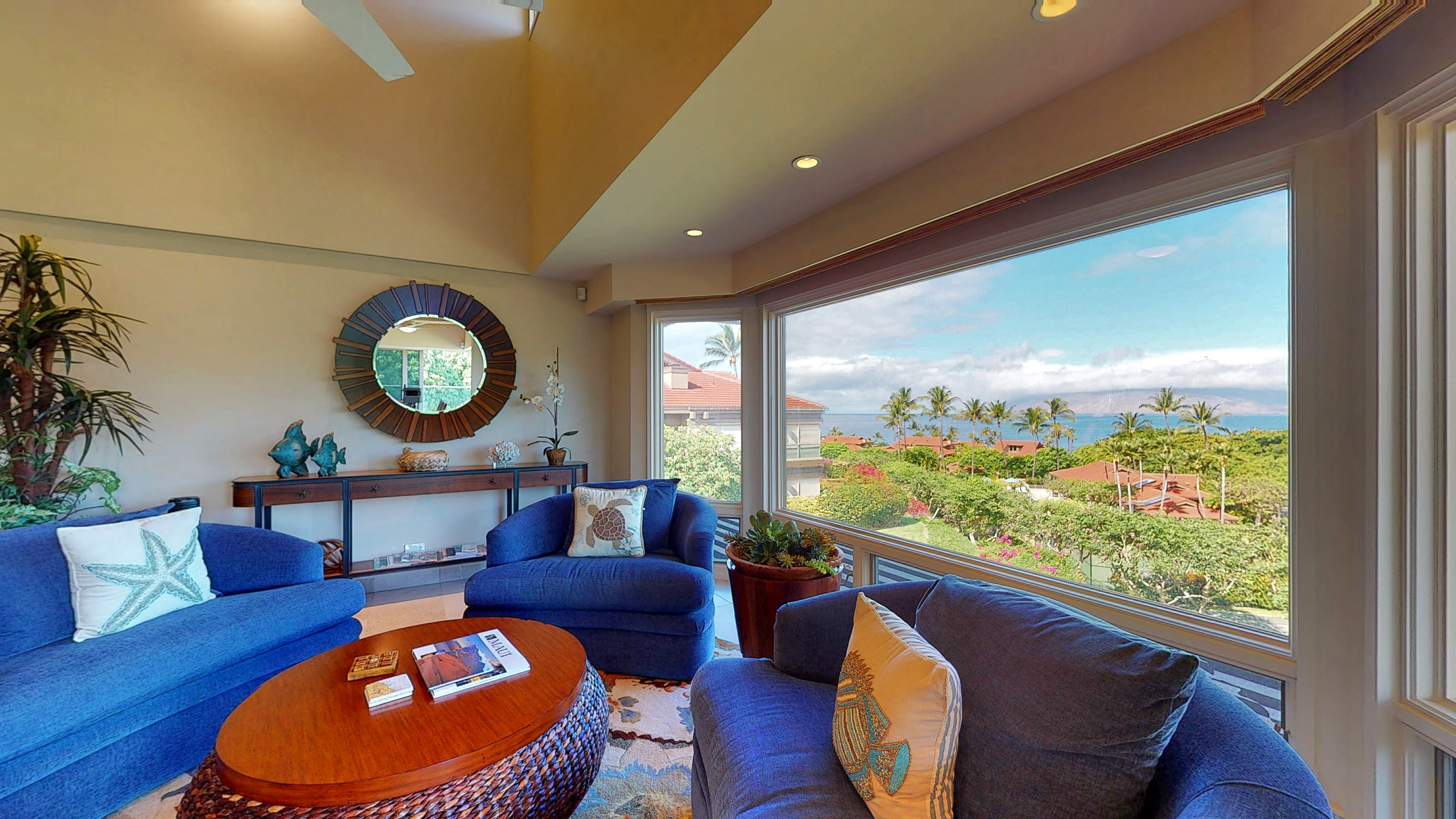 3 bedrooms, 3 bathrooms with 2,397 sqft of living area. The Sayles Team represented the buyer for this Wailea condo.

The monthly maintenance fees (called Strata fees by Canadians) for Wailea Point varies depending on the size of the unit. Below are some approximate monthly fees based on information collected from Wailea Point units for sale.

Where is Wailea Point located?

The condos of Wailea Point are located right next to The Four Seasons Resort Maui at Wailea and are just a 4 minute drive away from the Shops at Wailea.

The situation at Wailea Point is unique. Vacation rentals are allowed, however, there is a minimum stay of 30 days.