The value in a Mana Kai Maui condo is its prestigious beachfront location. It sits directly on Keawakapu’s most western point as the beach is neither Kihei nor Wailea, it is the buffer zone into the Wailea resort area and the luxury lifestyle it entails. Mana Kai Hotel guests are entitled to complimentary services like: daily maid service, pool towel exchange, free parking, free wi-fi access, on site restaurant and deli, free local phone calls and whales (seasonal), Free pass to a local fitness center, and gas BBQ grills.

Our expertise at listing and selling at Mana Kai

The Sayles Team has extensive experience listing and selling condos at Mana Kai. Below is a recap of recent success: 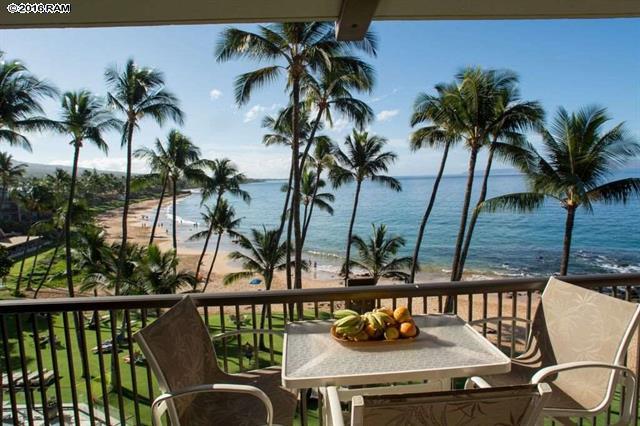 The monthly maintenance fees (called Strata fees by Canadians) for Mana Kai varies depending on the size of the unit. Below are some approximate monthly fees based on information collected from Mana Kai units for sale.

Can I vacation rent a Mana Kai Maui condo?

The Mana Kai is in a unique situation, about half of the units are managed through a hotel program while others can be rented on a short term basis (officially called a "transient vacation rental" by Maui County). The difference in offerings can be boiled down to services provided by a staff and maybe a small difference in rental fares.

How many units are there at Mana Kai Maui?

There are 98 units in total, with roughly 51 or so for rent through the hotel that operates the complex as a hotel condo (a building, which is legally a condominium but which is operated as a hotel, offering short term rentals, and which maintains a Front Desk). The rest of the units are rented through online services like VRBO or a private website. Rental rates sites and prices vary depending on location in the , floor level and quality of the unit.

How large are Mana Kai units?

All of the units at Mana Kai have two bedrooms, two bathrooms and offer about 767 square feet of living area. The floor plan is thoughtfully designed with an emphasis on versatility of living space and guest privacy. The master suite fronts the lanai side of the unit and adjoins the living room to create an open spacious feeling. Most master suites have retractable room dividers so the suite can be separated off from the living room for privacy. The second bedroom suite is located on opposite side of the unit for added privacy.